This research analyzed the role of cooperative learning method towards the students’ speaking skill for the eighth grade students. The research conducted at SMP SEMPU NURUL AMIN Cikarang. The purpose of the research is to find the role of cooperative learning method by using “Number Heads Together” teaching technique to the students’ achievements at eighth grade of Junior High School in English speaking skill. The methodology of the research is experimental method and analyzed by using comparative quantitative research. The researcher took 40 students for the sample. They are divided in two classes; each class consists of 20 students. The first class (Experimental class) was taught by using cooperative learning method while the second class (Controlled class) was taught by using conventional method. In the test, it consists of 10 questions. The researcher gave same questions for both of classes.

The gathered data were analyzed by using statistical analysis. The writer used t-test formula. Based on the result of the analysis of data, the research showed that there is role of cooperative learning method towards the students’ speaking skill.  It can be seen from the result of posttest that showed the total score of experimental class was higher than the score of controlled class (178 > 138), the mean score of experimental class was higher than the mean score of controlled class (8,9 > 6,9). Then the total score of posttest of experimental class was higher than the total score of pretest (178 > 127).  Besides that, the result of t – test was higher than t table (3,030 > 1,729) at the significant level of 5%.  So the null hypothesis is rejected and the alternative hypothesis is accepted. It indicates that there is positive role of cooperative learning method by using “Number Heads Together” teaching technique towards the students’ speaking skill and this method can be accepted as one of good methods in learning speaking. 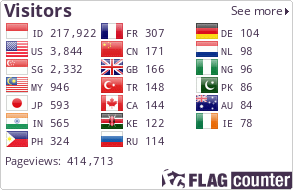